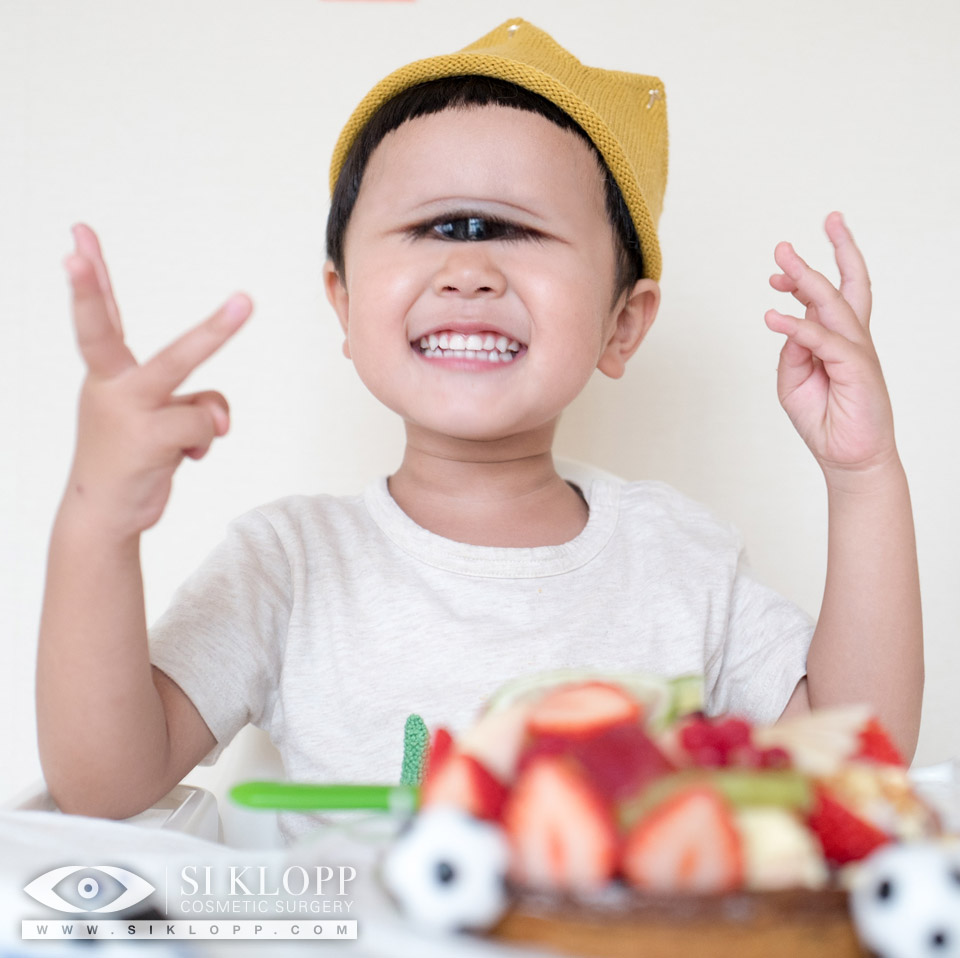 Although his parents could not have guessed when naming him, Justin is the perfect name.

For his operation, performed by Professor Simone Klopp, happened ‘Just in’ time.

Because as Justin’s frontal lobe tumour was removed is burst. This is extremely rare and means that if it hadn’t been removed in that very moment, poor Justin would have died.

There was no other way of reaching this large growth than using Si Klopp’s patented Eye Reduction Surgery. Which both Professor Simone and Dr Von Eyid approved and did free of charge.

After coming round, Justin was delighted with his new look. 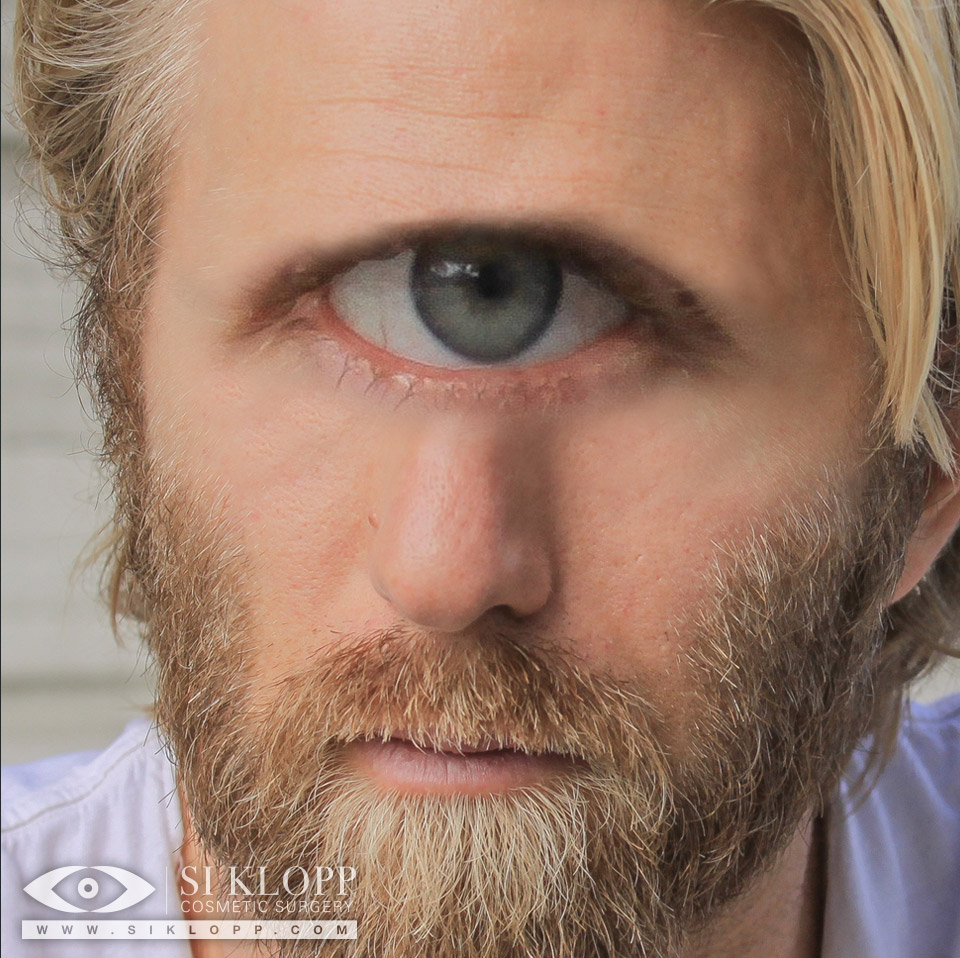